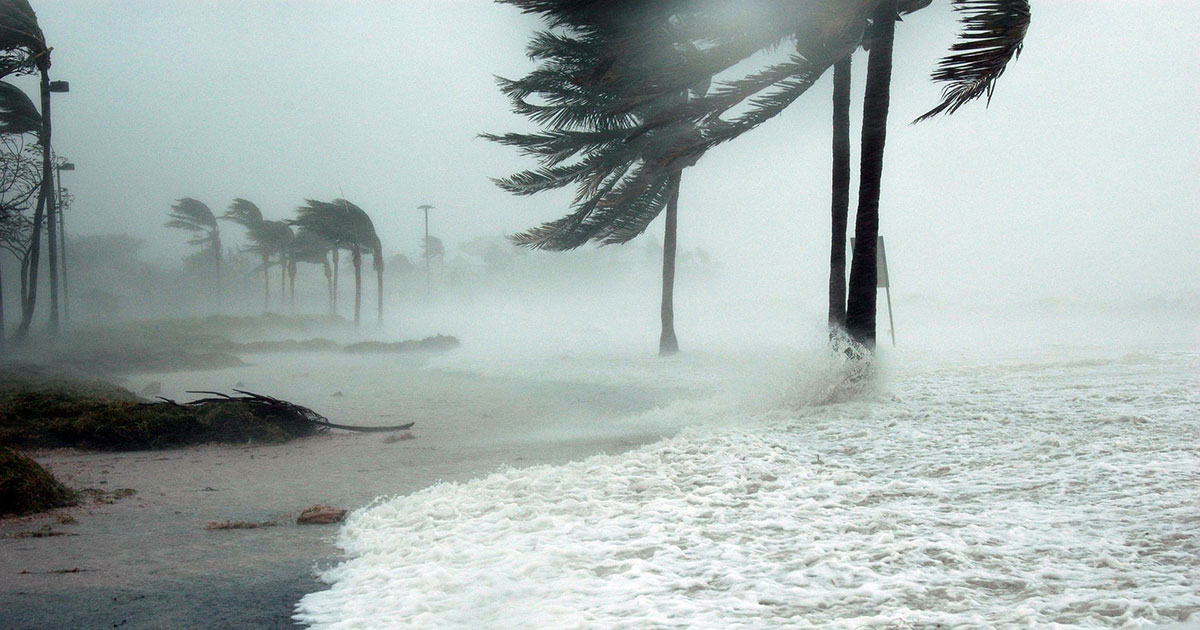 Tropical Atlantic sea surface temperatures are currently slightly below their long-term average values and are consequently considered an inhibiting factor for 2019 Atlantic hurricane activity as well.

A weak El Niño has recently developed in the tropical Pacific. CSU anticipates that these weak El Niño conditions are likely to persist through the peak of the Atlantic hurricane season. El Niño tends to increase upper-level westerly winds across the Caribbean into the tropical Atlantic, tearing apart hurricanes as they try to form.

The tropical Atlantic is slightly cooler than normal right now. Colder-than-normal sea surface temperatures in the tropical Atlantic provide less fuel for tropical cyclone formation and intensification. They are also associated with a more stable atmosphere as well as drier air, both of which suppress organized thunderstorm activity necessary for hurricane development.

The CSU Tropical Meteorology Project team is predicting 13 named storms during the Atlantic hurricane season, which runs from June 1 to Nov. 30. Of those, researchers expect five to become hurricanes and two to reach major hurricane strength (Saffir/Simpson category 3-4-5) with sustained winds of 111 miles per hour or greater.

The team bases its forecasts on a statistical model, as well as a new model that uses a combination of statistical information and forecasts from a dynamical model. Both of these models are built on about 40 years of historical data and evaluating conditions including: Atlantic sea surface temperatures, sea level pressures, vertical wind shear levels (the change in wind direction and speed with height in the atmosphere), El Niño (warming of waters in the central and eastern tropical Pacific), and other factors.

The CSU team will issue forecast updates on June 4, July 2 and Aug. 6.

This is the 36th year that the CSU hurricane research team has issued their Atlantic basin seasonal hurricane forecast. Recently, the Tropical Meteorology Project team has expanded to include Michael Bell, associate professor in the CSU Department of Atmospheric Science, and Jhordanne Jones, graduate research assistant in the same department. Bill Gray, who originated the seasonal forecasts, launched the report in 1984 and continued to author them until his death in 2016.

The CSU forecast is intended to provide a best estimate of activity in the Atlantic during the upcoming season – not an exact measure.

“It takes only one storm near you to make this an active season,” Bell said.

The forecast team also tracks the likelihood of tropical storm-force, hurricane-force and major hurricane-force winds occurring at specific locations along the coastal United States, the Caribbean and Central America through its Landfall Probability website.

The site provides information for all coastal states as well as 11 regions and 205 individual counties along the U.S. coastline from Brownsville, Texas, to Eastport, Maine. Landfall probabilities for regions and counties are adjusted based on the current climate and its projected effects on the upcoming hurricane season.

The CSU team updates the site regularly with assistance from the GeoGraphics Laboratory at Bridgewater State University in Massachusetts.

Funding for this year’s report has been provided by Interstate Restoration, Ironshore Insurance, the Insurance Information Institute, Weatherboy and a grant from the G. Unger Vetlesen Foundation.

A low pressure system situated to the north of the region will dominate the weather pattern across Saint Vincent and the Grenadines for the remainder of  Monday.  Light winds will blow generally from the north west (NW), becoming north easterly (NE) because of this system during the next 3 days. A trough originating from this system will dip southwards over the mainland by Tuesday. Also, a jet stream will be across the region for the next few days. Despite the presence of  these unstable conditions, no significant shower activity is forecast due to a relatively dry atmosphere.